Maxillary expansion is a relatively common procedure in orthodontic treatment for bite correction and I have Blogged previously about it for the correction of crossbite as well as its use in creating space. However, expansion has also been showing some unexpected benefits for some patients in other areas which I will discuss in this Blog.

Expansion of the upper jaw is most effective in pre-pubertal children when the midline suture is still responsive and the surrounding bones are more malleable. As the maxilla (upper jaw) forms the floor of the nasal airway and supports the soft tissues of the nose, this expansion has been suggested to improve a constricted or congested airway. Much of this was anecdotal as improvements can occur coincidentally or with time and not necessarily be related to the procedure. This is why research in the form of clinical trials is important to try to reduce the biases inherent in simply observing something. However there is a growing body of evidence of the potential beneficial effects of maxillary expansion beyond the correction of dental crossbites.

Expansion and Nocturnal Enuresis/Bed-wetting:
In the 1990's some research suggested that expansion of the upper jaw may help reduce nocturnal enuresis or bed-wetting in children. More recent studies agreed with these findings showing significant reductions (~75%) in the number of nights of bed-wetting following expansion with ~30% were completely dry at night after expansion. This was even in the absence of a pre-existing crossbite. Suggested reasons for this improvement relate to an indirect effect on the pituitary gland or an improvement in the airway with expansion which may help with a possible association between enuresis and sleep disordered breathing in children.

Maxillary expansion has also been suggested to improve obstructive sleep apnoea or apnea in children (where the child stops breathing several times per hour of sleep). I have discussed extractions and sleep apnoea previously. Studies have found expansion can result in a significant reduction in the numbers of episodes of apnea in children including those with enlarged tonsils and adenoids. Although the response is unpredictable the results are promising enough to warrant more comprehensive clinical trials and to be considered as a treatment strategy especially when there are other reasons to consider maxillary expansion. 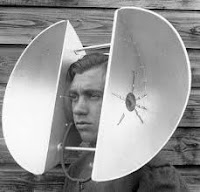 Expansion and the Middle Ear:
In studies on patients with narrow arches and conductive hearing loss it has been found that rapid and semi-rapid expansion of the maxilla resulted in an improvement in hearing and eustachian tube function and these improvements held up for 3/4 of the subjects up to 2 years later. However these are children with narrow jaws so the same may or may not hold for those with normal or wide arches.


Summary
So it seems that maxillary expansion may have benefits beyond correcting crossbites and creating some space. However it must be kept in mind these studies are not definitive and the outcomes are not guaranteed so more research in the form of randomised clinical trials is indicated. For this reason expansion may be suggested when it is indicated for other reasons or in consultation between your medical practitioner/sleep physician/Otolaryngologist (ENT) and your orthodontist.


I would like to thank Dr James Noble (Orthodontist - Toronto) for his feedback on this Blog topic.