WHAT AGE IS BEST FOR ORTHODONTIC TREATMENT TO ACHIEVE THE BEST JAW GROWTH?

Many orthodontic associations around the world recommend an orthodontic exam at age 7 but does this mean your child needs treatment then? There is much debate over what is the best time to treat protrusive upper teeth and/or a retrusive lower jaw (Class II bite like Bart). Some suggest waiting until adolescence (when all adult teeth have erupted), others earlier at age 9-10 with functional appliances such as Twin Blocks, Activators or Bionators, while others suggest even as early as age 5-6 with myofunctional appliances (covered in a previous Blog)!


The evidence supporting very early treatment with myofunctional appliances at age 5-10 is of low quality and that research demonstrates only small clinical changes of ~2mm which for most is not a significant change. Much higher level evidence from well-designed randomised clinical trials have demonstrated that you can treat much worse bites with protrusions of 7mm and more at ages 9-10 but also just as effectively during adolescence when all the adult teeth have erupted (~ages 13-14). The only advantages of treating earlier are in the form of improved self-esteem earlier than if treated later, and a modest reduction in trauma discussed in a previous Blog. Self-esteem can be an important issue for some and a valid reason to consider early treatment.

Some have suggested that you can predict the timing of treatment based upon x-ray markers of growth such as hand-wrist x-rays or more recently using cephalometric radiographs of the skull and identifying the developmental stages of the cervical spine (neck bones), called the CVM method. The CVM method was based upon work by Dr Don Lamparksi from the University of Pittsburgh where I trained and was later revised by others. The timing of peak growth varies widely from 8½-11½ in girls and 10-14 in boys. Research has demonstrated a low agreement in identifying the stages of  these spine markers and that it cannot predict the onset of peak mandibular growth. You would also likely need multiple radiographs to determine when you are actually approaching peak growth and by the time you see it you are already at the peak or past it. But let’s say you do achieve the perfect timing for treatment with an appliance such as a Herbst. In this study evaluating patients treated with a Herbst appliance the authors found that with ideal timing compared with a historical control they found 1.9mm advancement of the chin (Pogonion). Firstly a historical control from over 50 years ago does not allow a valid comparison as the amount and timing of peak growth has changed over the past 50 years. We will also overlook the stability issue in that functional appliance studies always show some early growth effect but that long term the growth slows so there is no difference between those children treated earlier and those treated in adolescence. So now let's compare it to a study using a Herbst in ‘non’-growing adults. They still found a 1.3mm advancement of the chin (Pogonion) so with ideal timing vs. non-growers there is only a 0.6mm advantage! You then have to ask yourself 'Does 0.6mm matter' and most would accept that this is not a clinically meaningful change. Now back to the issue of timing and efficiency - if the treatment time is a little shorter (as growth helps you out a bit more) at the ideal time, then you possibly (and this is unclear) save 2-3 months in overall treatment time compared to treating much earlier or much later This then comes down to whether you consider this potential time saving a big enough benefit to try to determine this most ideal time. However I would not consider it a critical issue. 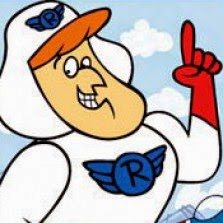 So why age 7 for a screening exam? Most do not need treatment at this age but it is a good age to identify the small number that would benefit form an early intervention such as early loss of baby teeth that result in space loss, or crossbites of front teeth. Others could be left until age 9-10 e.g. to preserve space to reduce crowding or identify those developing impacting maxillary canine teeth (much easier to intervene at age 9-10 then try to treat a fully impacted canine at age 14-15), while the majority can quite happily wait until all adult teeth have erupted in early adolescence. However your orthodontist does not want to miss the small number that could greatly benefit from such early interventions so if you are unsure then seek a consultation with your orthodontist who can then inform you of the most appropriate treatment time as well as the pros and cons of any options.

Dr Peter Miles is the orthodontist at Newwave Orthodontics in Caloundra, Australia, editor and author of the textbook Evidence-Based Clinical Orthodontics, and teaches orthodontics part-time at the University of Queensland and is a visiting lecturer at Seton Hill University in the USA.